My first trip to japan was back in 2018. I personally never planned on going to Japan however i was always interested in seeing what the this hidden country actually looked like. So in April of 2018 I decided to by my first ticket to Haneda airport and in September I planned on visiting the country of the rising sun for 2 weeks.

From Europe usually a flight lasts around 12 -23hrs. Flying from UK a flight from London might take approx. 12hrs to get to Tokyo. Flying from Malta i decided to book my flight with emirates which took me around 22hrs to get there, via Dubai.

The main Airports into Japan in Tokyo are Either Haneda or Narita. In my personal opinion Haneda was the better option as it is much closer to the City center than is Narita.

As soon as I got off the plane I had an immense feeling of accomplishment and was super excited that I managed to reach a place I thought was just somewhere in my dreams. To be honest although long its quite a manageable trip!

How to get to central Tokyo?

Although it was my first time at this large airport it was quite straight forward getting to Tokyo central.

Japan is well known for its efficient transport system that is rarely late and quite straight forward to use. Although it might be confusing after a few trips you will get used to it. (Trust me I come from an island that has no mass transit system)

There basically four different ways to get from Haneda Airport (HND) to Tokyo, you can either grab a taxi, bus, train/underground or monorail.

In my opinion the cheapest option from these is to take the Keikyu line, that takes approx. 15 minutes to reach Shinagawa Station in Tokyo. The cost of the trip is around 3.30€ (410 yen) for a one-way trip.

Regarding Transportation the main cards are the PASMO card or SUICA card. These are easy to buy from the ticket machine prior to getting on underground and can be topped up at stations.

The Advantage of the Suica or Pasmo is that you can also buy food from Seven 7 Eleven, Lawson and other convenience stores.

A great app to plan your trip and help you navigate the massive city better is the City Mapper App that can easily be downloaded from the app store or google play!

Where to stay in Tokyo?

Of course Tokyo is a massive city! the main areas which have an easy access to the JR ring rail system (Yamamote line) are mainly Ueno, Shibuya, Harajuku, Roppongi however in my opinion the best place to stay in Tokyo would be Shinjuku.

This is the most central area where you can find loads of cheap capsule hotels, cat cafes and Hostels. Apart from that Shinjuku station also connects to railway systems, and although seems pretty complicated at first its one of the main stations closer to the the main hotspots of Tokyo like Roppongi and Shibuya.

When it comes to hostels in Japan, the quality they offer is superior compared to hostels in Europe. My personal favorite hostels I stayed at include IMANO hostel, Pumpkey hostel, Mustard hotel Asakusa which can easily be booked online via Booking.com

What are the Main Places to Visit in Tokyo?

Well Tokyo is a massive City, so walking around the city is not gonna be easy. However being a well connected place with a super efficient transport system, moving around Tokyo is pretty easy if you figure out the metro system.

Tokyo has 23 Wards (similar to districts) However in my opinion the main places to visit in Tokyo would be: 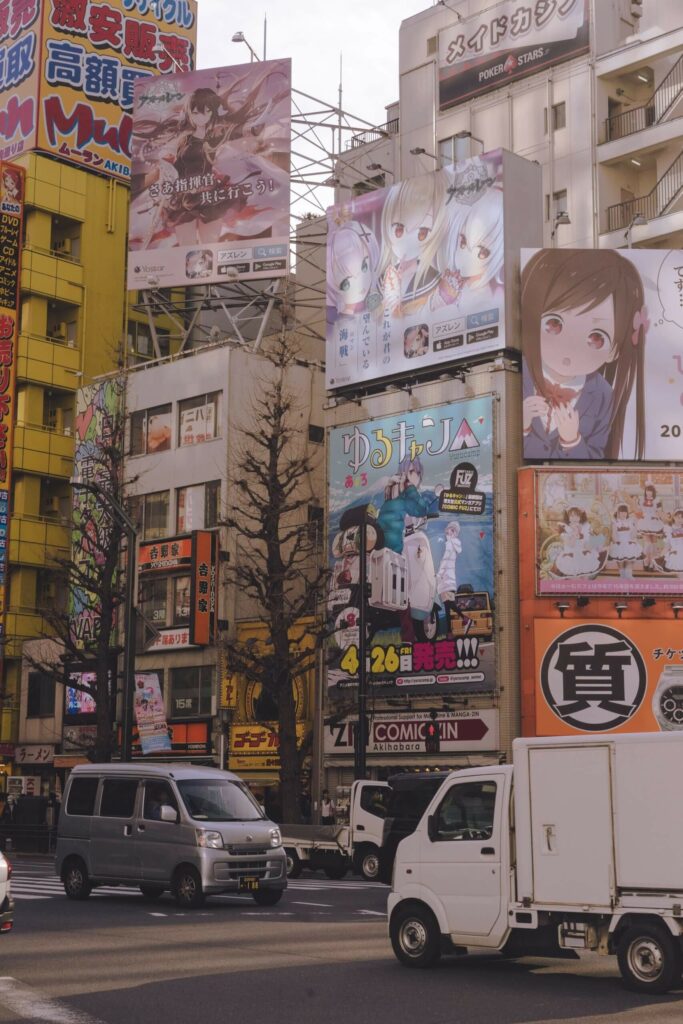 Akibahara is the Otaku, geeky part of Tokyo where you can find anime, gaming hubs and game stores like the famous SEGA stores.

Other interesting places to visit may include maid cafes and cat cafes.

Akibahara is the place to go to If you are looking for electronics. Yodobashi Camera is a masssive electronic store opposite the station of Akibahara.

Close to this area is Asakusa, where you can find the Sensoji (浅草寺) Temple a large landmark in the area.

Shinjuku is  the main administration center of Tokyo and houses the Tokyo Metropolitan building and the major transport hub of Shinjuku station, that can be quite overwhelming at first.

Shinjuku is a main tourist hub that has multiple Karaoke places and bars. Shinjuku also has a variety of restaurants.

Shinjuku houses the infamous Kabukicho with the famous landmark Taho Cinima that has a Godzilla Figure on the roof, and the Shinjuku Koen (Park). 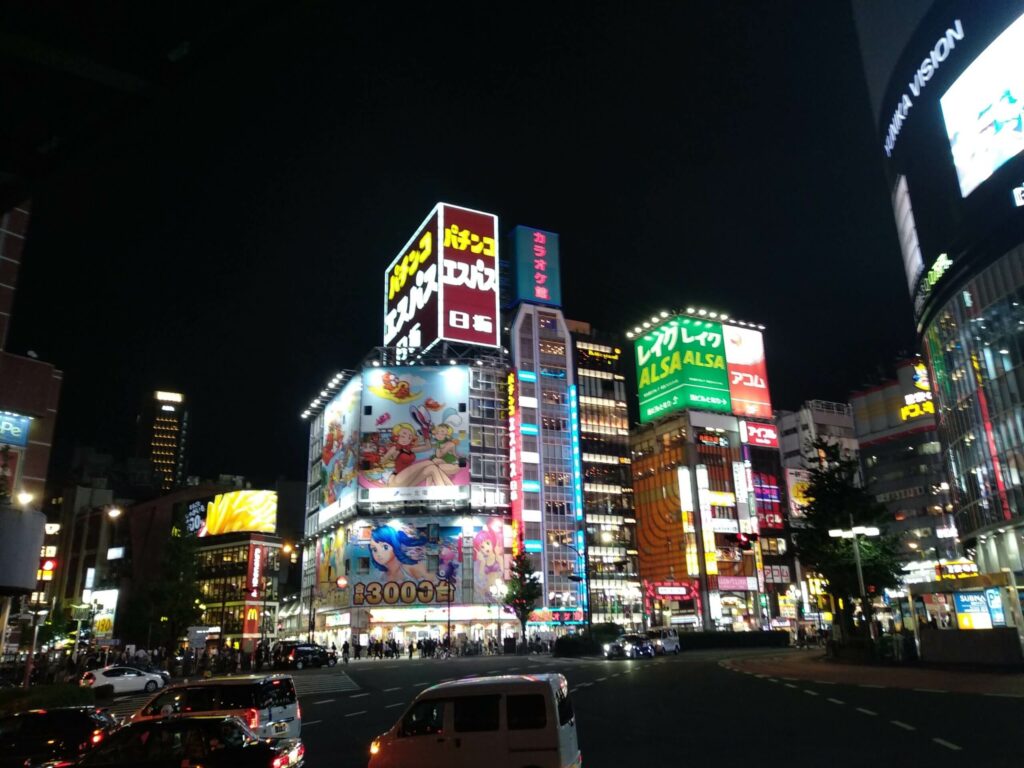 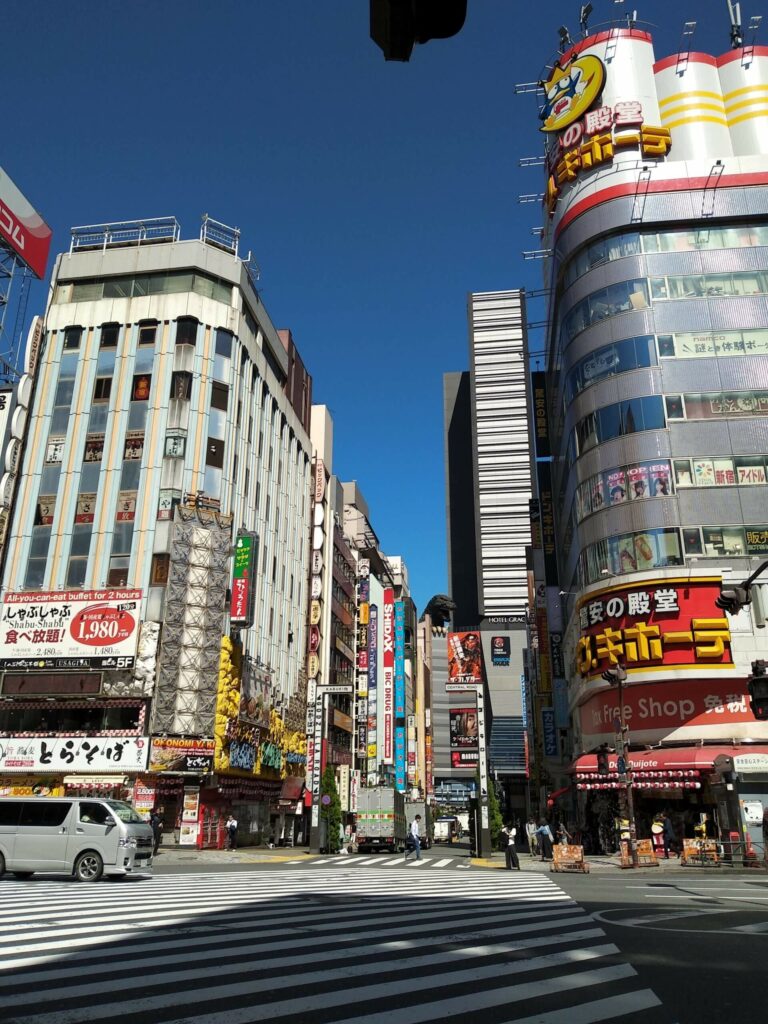 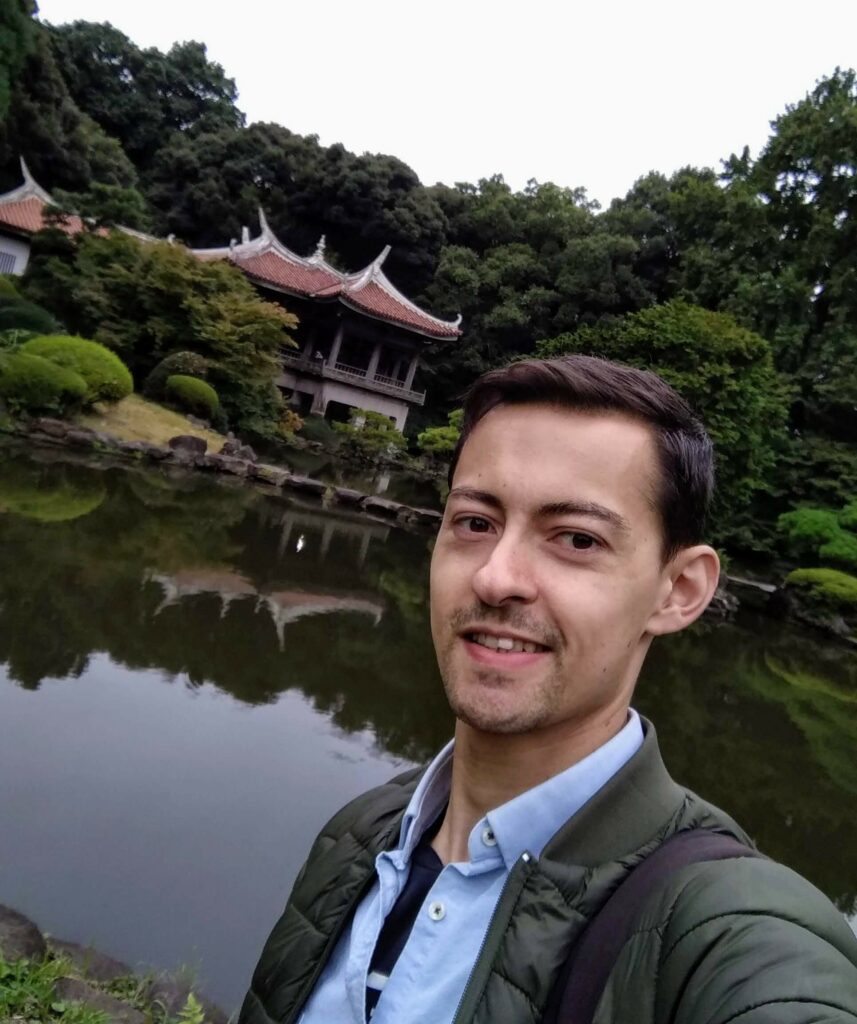 Shibuya is a famous commercial and business center in Tokyo, famous for its Crossing and the statue of Hachico a shiba dog.

Shibuya attracts the younger crowds, and is mostly a commercial shopping area.

It houses a Starbucks, which can be used as a good view point of the crossing!  I suggest the matcha Latte, was awsome!

Station shibuya: Yamanote like (clockwise) from Tokyo or Shinjuku 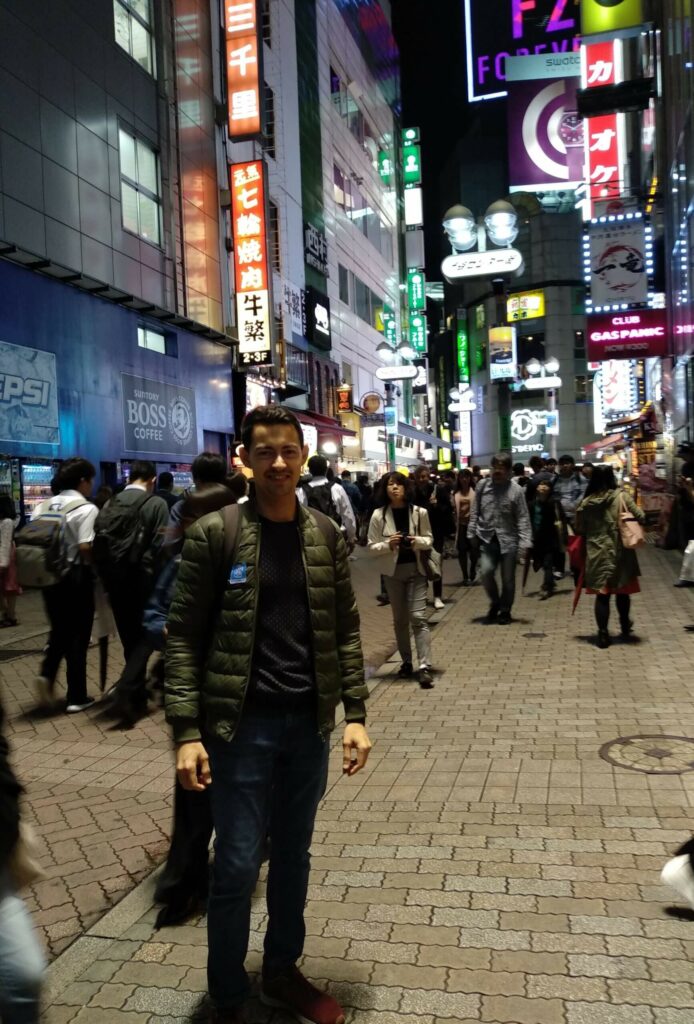 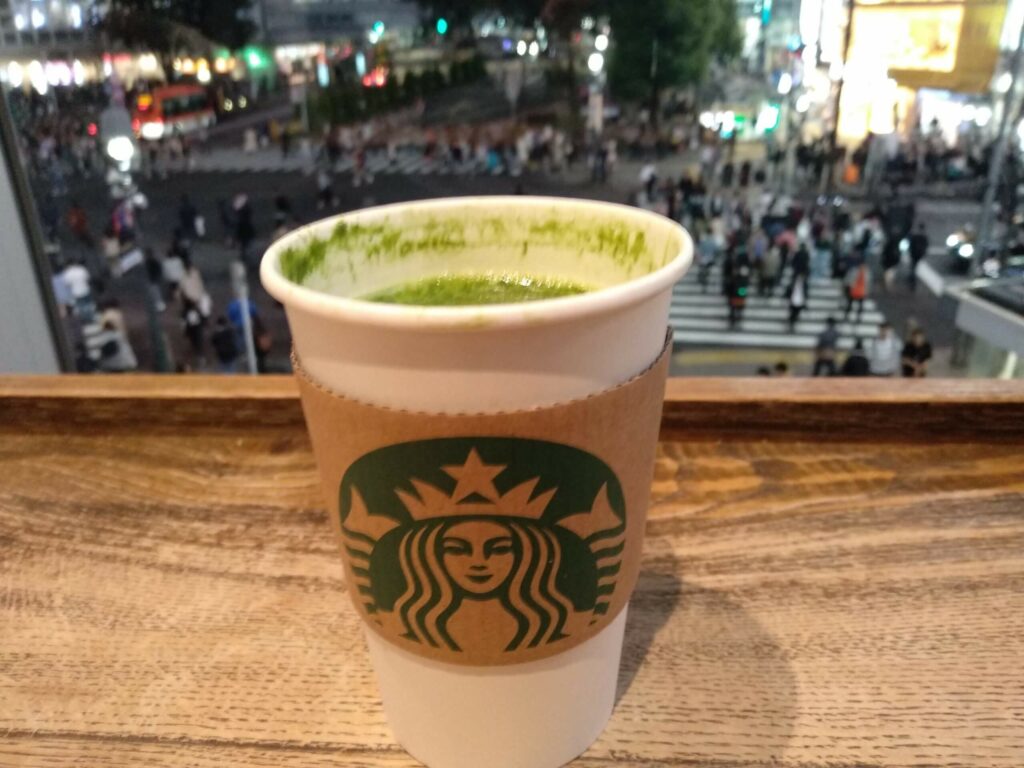 Roppongi is one of the most affluent areas in Tokyo, full of consulates businesses and embassies with a high concentration of foreign workers.

Roppongi is famous for the bar scene and nightlife however in the morning you can go grab a coffee at the park and take a picture with the maman spider. 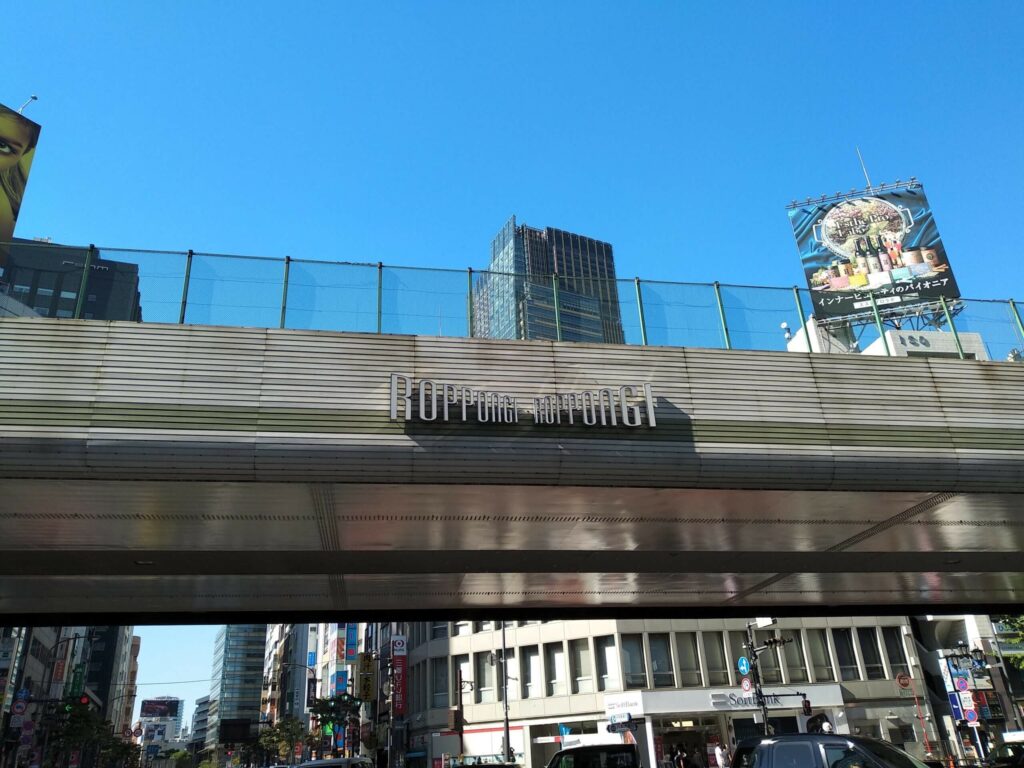 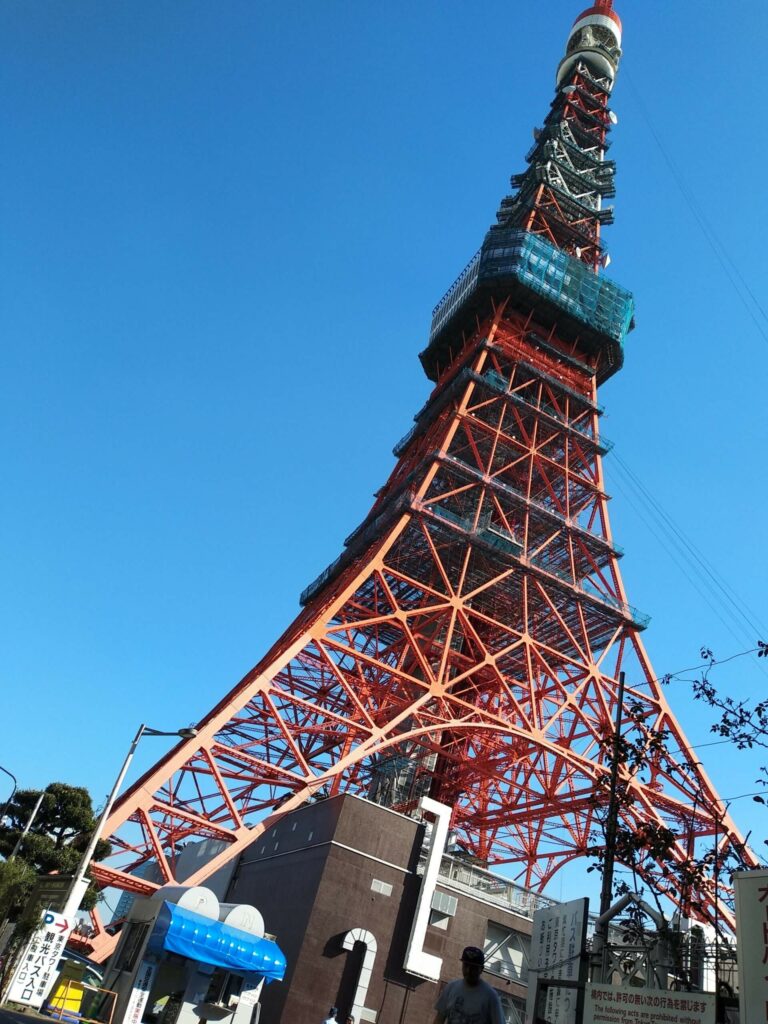 Buy me a coffee

We use cookies on our website to give you the most relevant experience by remembering your preferences and repeat visits. By clicking “Accept All”, you consent to the use of ALL the cookies. However, you may visit "Cookie Settings" to provide a controlled consent.
Cookie SettingsAccept All
Manage consent

This website uses cookies to improve your experience while you navigate through the website. Out of these cookies, the cookies that are categorized as necessary are stored on your browser as they are essential for the working of basic functionalities of the website. We also use third-party cookies that help us analyze and understand how you use this website. These cookies will be stored in your browser only with your consent. You also have the option to opt-out of these cookies. But opting out of some of these cookies may have an effect on your browsing experience.
Necessary Always Enabled
Necessary cookies are absolutely essential for the website to function properly. This category only includes cookies that ensures basic functionalities and security features of the website. These cookies do not store any personal information.
Non-necessary
Any cookies that may not be particularly necessary for the website to function and is used specifically to collect user personal data via analytics, ads, other embedded contents are termed as non-necessary cookies. It is mandatory to procure user consent prior to running these cookies on your website.
SAVE & ACCEPT
21